Global demand for biomass energy is destroying forests around the world.

Rapidly increasing demand for biomass in the EU, UK and Asia is driving exponential growth in wood pellet manufacturing, presenting a genuine threat to forests worldwide, including in the southeast U.S. and Canada. World nations will fail to meet their climate and biodiversity goals if they continue to treat woody biomass energy as carbon neutral and renewable. About five years after launching in the US, PFPI expanded our work internationally to counter this threat.

Under the umbrella of the Forest Defenders Alliance, a diverse coalition of NGOs and activists, PFPI is currently campaigning to reform the biomass provisions in the EU’s Renewable Energy Directive (RED). Since the EU started promoting biomass as renewable energy, wood-burning for heat and electricity has more than doubled in the EU, dramatically increasing logging of primary forests for biomass in Europe and abroad. Many EU member states are on the brink of losing their forest and land carbon sinks, or have lost them altogether, in large part due to the logging for biomass energy.

The harm caused by the EU’s biomass policies extends well beyond Europe. In the U.S. Southeast, the wood pellet industry supplying overseas markets is wreaking severe ecological damage and disproportionately harming BIPOC communities. Old growth forests in Canada are increasingly being chopped down for fuel. Other countries, particularly in Asia, have emulated EU’s biomass energy policies, amplifying the pressure on forests around the world. In 2019, international groups sought to block the harm by suing the European Union over its RED policy, but were denied standing.

In September 2022, after hundreds of scientists, NGOs, and more than 250,000 citizens petitioned European leaders to stop treating wood-burning as “renewable energy,” the EU Parliament voted on modest reforms, including recommending a phase-down of primary woody biomass sourced directly from forests. The Forest Defenders Alliance is now seeking to persuade the EU Parliament, Council, and Commission to clarify and strengthen the biomass provisions in Trilogue.

Burning up the carbon sink: How the EU’s forest biomass policy undermines climate mitigation, and how it can be reformed (2022)
Paper Tiger: Why the EU’s RED II biomass sustainability criteria fail forests and the climate (2020)
EU Biomass Legal Case
Forest Defenders Alliance 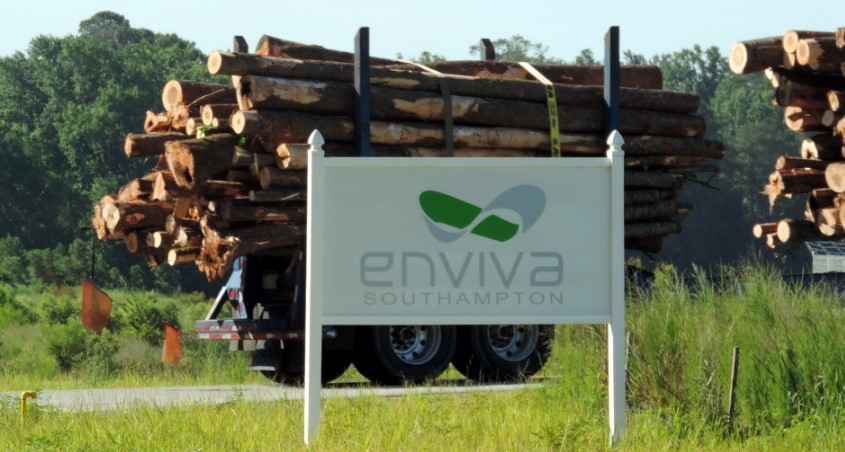 Misleading Claims by Pellet Giant Enviva to the SEC

34 investment groups with over $53 billion in assets under management have requested that the SEC examine claims of climate benefits in the biomass energy sector, and enforce disclosure rules

Not the “clean energy” we had in mind